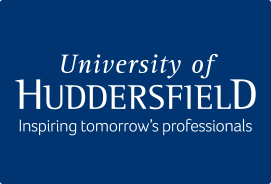 Founded in 1825, the University of Huddersfield – originally the Huddersfield Scientific and Mechanic Institute – has a longstanding tradition of providing vocational education.

Why University of Huddersfield?

Huddersfield offers various prospects for their student who wishes to study here.

It boasts a great record of 94.9% of graduates going straight into employment or further study after their degree. (DLHES, 2013/14)

It generally has an overall student satisfaction of 88%, higher than the national average. (NSS, 2015)

Through surveys of employers, QS World University Rankings, 2015 has given Huddersfield a rating of 5*.

The University is also ranked Top 5 in the world for international student to study and continually invest in facilities, support and societies. (International Student Barometer, 2014)

Nationally, Huddersfield is ranked 59th (The Guardian University Guide 2016) in the UK.

Similarly, the University offers an intensive 3-term International Year One Programme designed for international students who are overqualified to study the International Foundation Year but under-qualified for direct entry to the first year of an undergraduate degree.

Huddersfield aspires to be an inspiring and innovative university of international renown. This is recognised through its various outstanding works over the years.

In 2013, the University was awarded the Times Higher Education University of the Year in recognition of university that has ‘demonstrated exceptional performance in the past academic year’.

In 2015, the University was named the New University of the Year at the Educate North Award from a panel of more than 20 leading figures from the fields of education, business and politics.

Excelling in enterprise and innovation, the University was named the Times Higher Education Entrepreneurial University of the Year in 2012. This was followed up in 2013, when Professor Elizabeth Towns-Andrews, the University’s 3M Professor of Innovation won the Queen’s Award for Enterprise Promotion.

Internationally, Huddersfield was awarded the Queen’s Award for Enterprise for International Trade, 2013. The following year in 2014, the university was recognised with 4 stars by QS.

In 2014, the University were awarded the Times Higher Education Best University Workplace and topped the tables in all four main categories in a survey carried out amongst staff in higher education across the country. In 2015, we were also recognised for our commitment to gender equality – including the recruitment and career development of more female scientists and engineers – by being granted the Athena SWAN Bronze Award.

University of Huddersfield has also received official honours earning a Queen’s Anniversary Prize, one of the most coveted distinctions in UK Higher Education in 2015 for its role in expanding the global boundaries of new music.

The IFY is delivered by StudyGroup and is taught on campus at the University of Huddersfield ISC.

The IFY is a three-term program of academic subjects, study skills and English language training that provides a path to degree study. The program offers progression routes onto a variety of degrees at University of Huddersfield.

All Foundation routes are modular in structure, with core modules common to each route, and subject-specific modules, each carefully designed to focus on the academic area most useful to your chosen degree.

After completing the IFY and successfully meeting the progression grades for your chosen degree course, you will have the opportunity to progress to undergraduate study at the University.

The IFY is delivered by StudyGroup and is taught on campus at the University of Hudderfield ISC.

The International Year One is a comprehensive program containing both academic subject-specialist areas and English language study, designed to equip you for entry into the second year of an undergraduate degree.

The PMP is a two-term  program of academic subjects, study skills and English language training that is specifically designed to meet the needs of international students. The program is designed to help you gain the specialist skills and knowledge you need to succeed in your Masters degree.

All routes are modular in structure, with core modules common to each route, and subject-specific modules, each carefully designed to focus on the academic area most useful to your chosen degree.

Fill in the form below to schedule with us an appointment to meet with representative for StudyGroup.